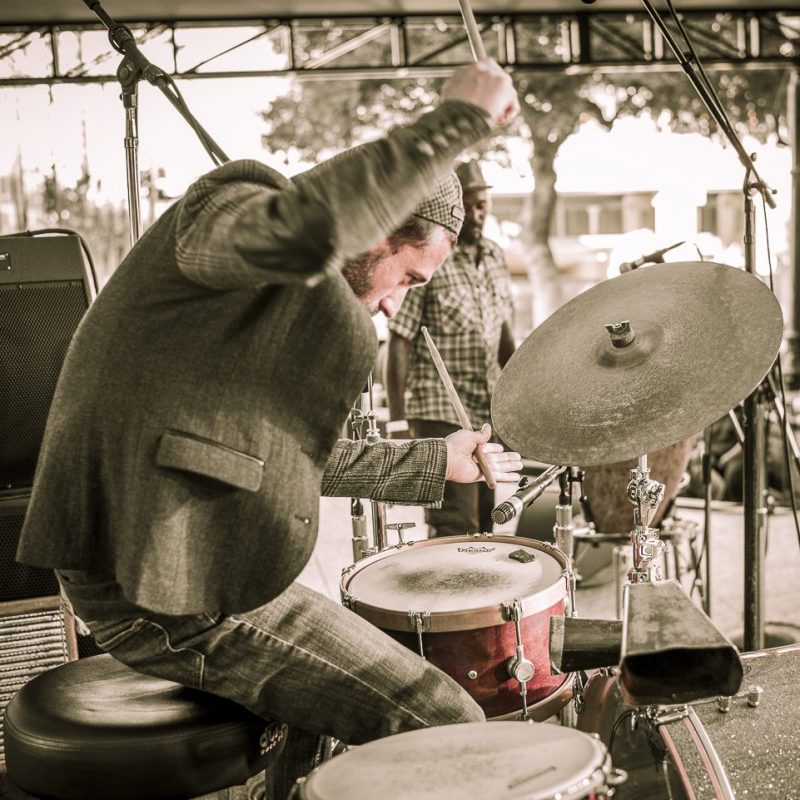 “I really appreciate the feel and the tone of the Low Boy beaters. It gives my beat a new language, a fluency and funk that I’m excited to share. I love this company and I love adding the Low Boy onto my simple kit, where I don’t need much to say a lot, but every piece speaks!  I am most definitely proud to be a Low Boy artist!”

Ben plays a Lightweight Leather Daddy in a custom galaxy-theme design, in honor of the California Honeydrops’ album “Call It Home.” This beater was handpainted by artist Mo’Ology. 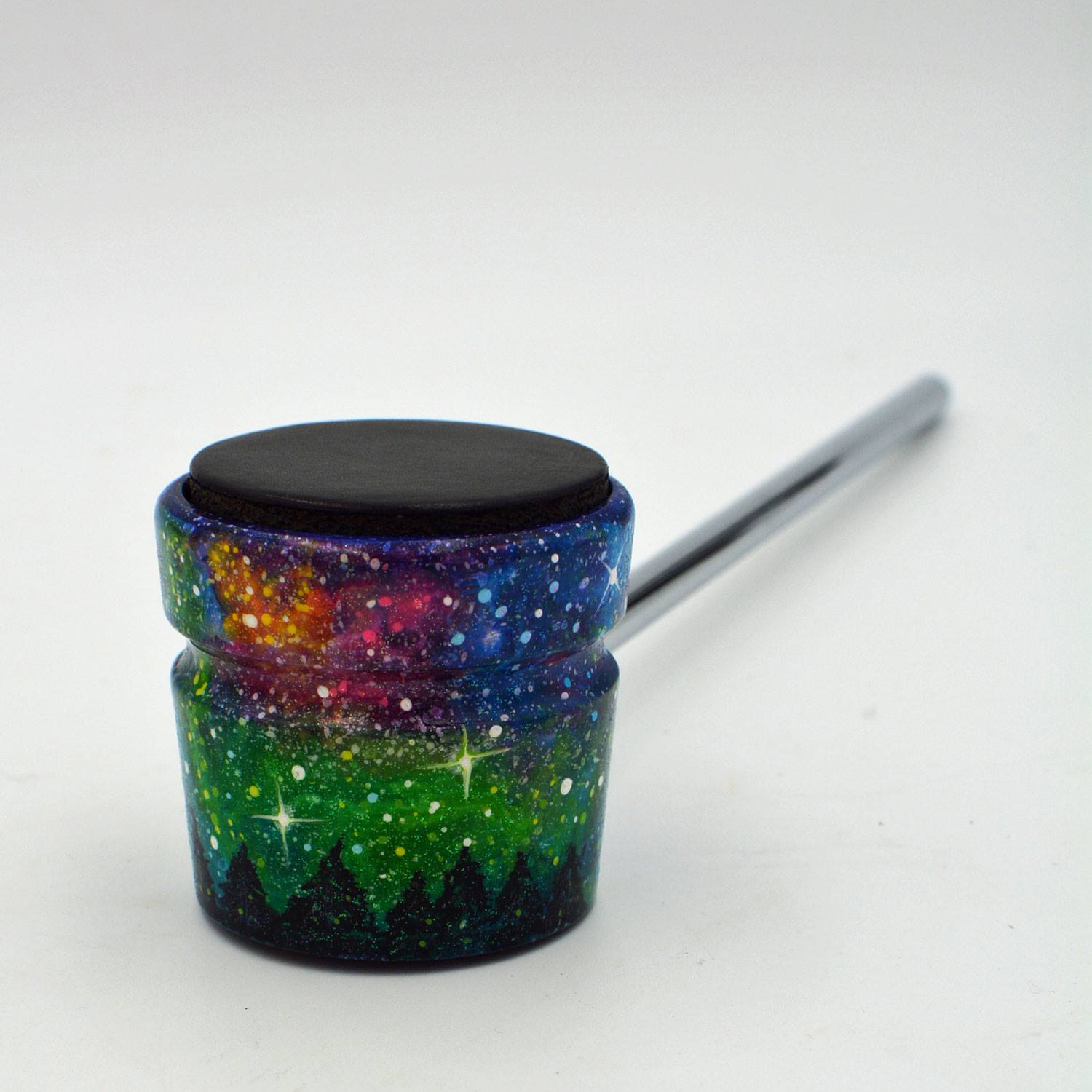 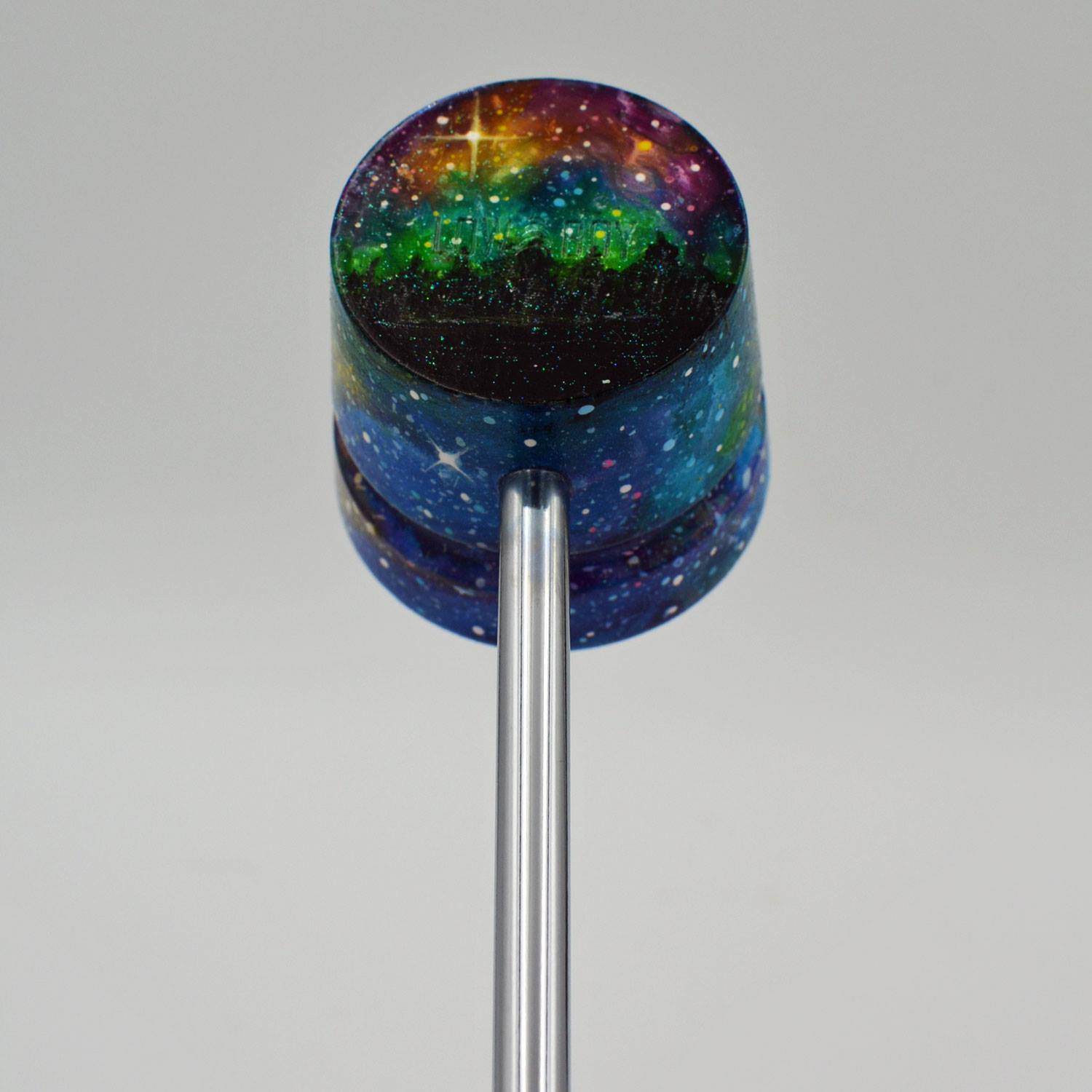 You could say Ben started his professional music career in Oakland, CA circa 2007. He and his pals formed The California Honeydrops to busk and serenade the evening commuters in the BART stations, after his substitute teaching gigs in OUSD. Since then, Ben and the Honeydrops have been full time touring the world most of the year, selling out their own major tours as well as sharing the stage with legends such as Dr. John, Bonnie Raitt, Allen Touissant, B.B. King, and many more.

Ben draws exuberance and inspiration from the rhythms of New Orleans R&B and the mighty New Orleans Brass Band sound. After seeing The Honeydrops perform in the Bay Area, Zigaboo Modeliste (The Meters) called the band “A Breathe of Fresh Air”.

Simply put, when Ben is behind the drums, you will feel good, you will move your body, and you will come back for another night of dancing, sweating, smiling, and good times.

The California Honeydrops – “Cry For Me – Live at Lincoln Hall 2019”