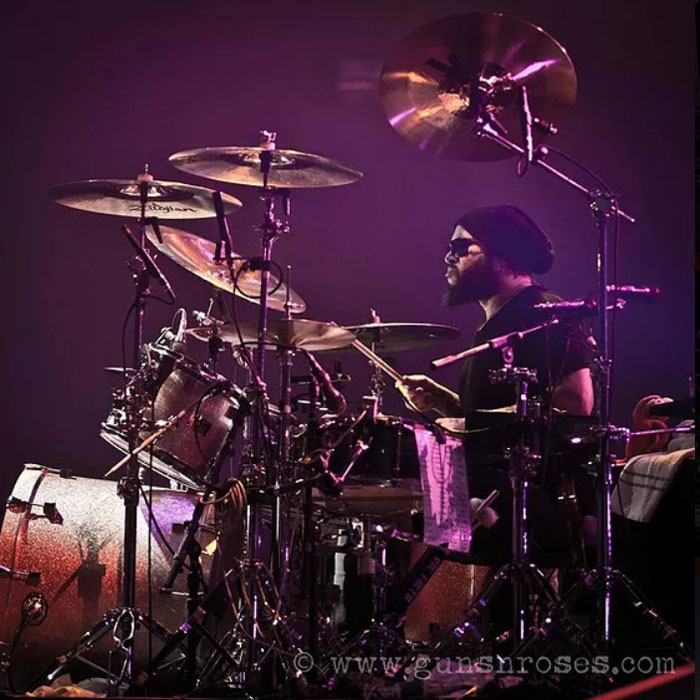 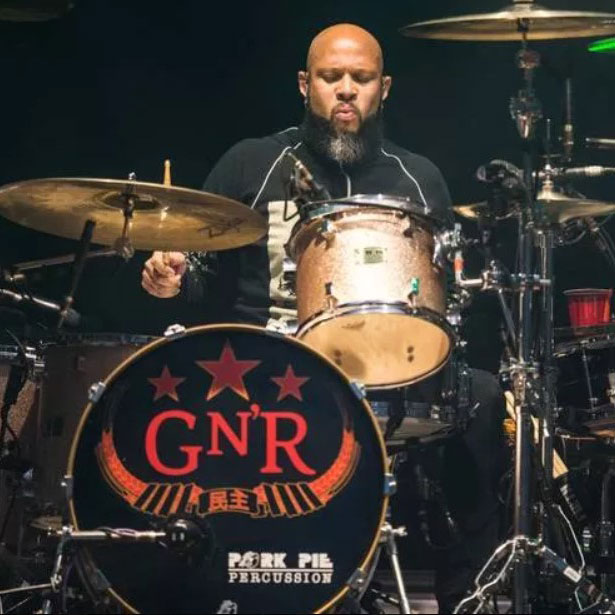 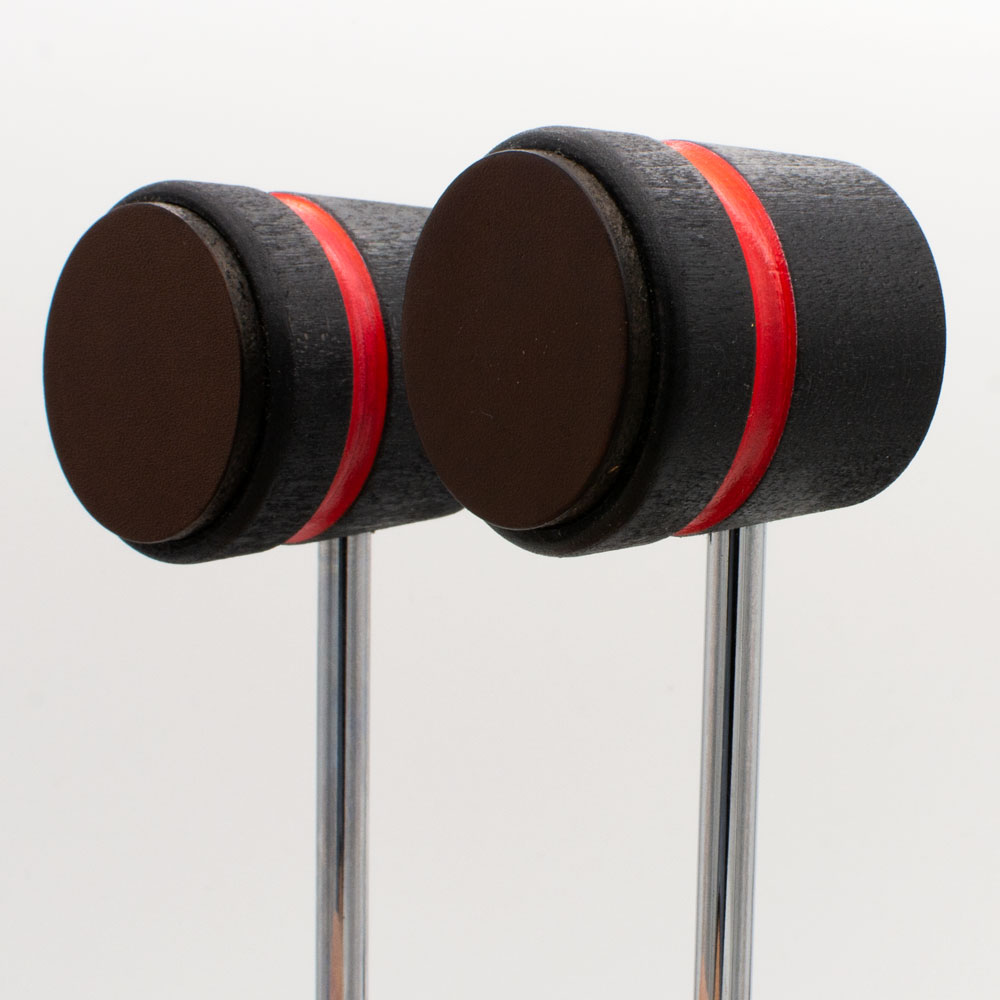 Frank Ferrer is the longest serving drummer in legendary hard rock band Guns N’ Roses, and the drummer in NYC rock outfits Pisser and The Compulsions. Ferrer’s reputation as a hard-working and intuitive rock drummer has seen him not only tour the world as a permanent member of Guns N’ Roses since 2006, he has also been a key member of semi­­­nal 90’s bands The Psychedelic Furs and Love Spit Love.

Over his career, Ferrer’s energy, reliability and talent have seen him work closely with a who’s who of the rock n roll world, including artists Angus Young of ACDC,  Robi “Draco” Rosa, Tool, Gordon Gano of The Violent Femmes, PJ Harvey, Tommy Stinson, Frank Black of The Pixies , Neil Young, Perry Farrell of Janes Addiction and Cheetah Chrome of The Dead Boys.

When not touring with GNR, Ferrer plays with not one, but two NYC based bands. In The Compulsions, Ferrer joins long-time collaborator and fellow GNR member Richard Fortus and Sami Yaffa of Hanoi Rocks and the New York Dolls in a rock n’ roll band personally endorsed by Alice Cooper and described by antiMusic as “one of the greatest underrated rock bands of our generation”.

Ferrer can also be found kicking out the punk-rock jams in his personal project Pisser, playing music alongside two of his best friends, Eric J Toast (Honky Toast) and Anthony Esposito (engineer and producer for The Misfits, New York Dolls and The Ramones).