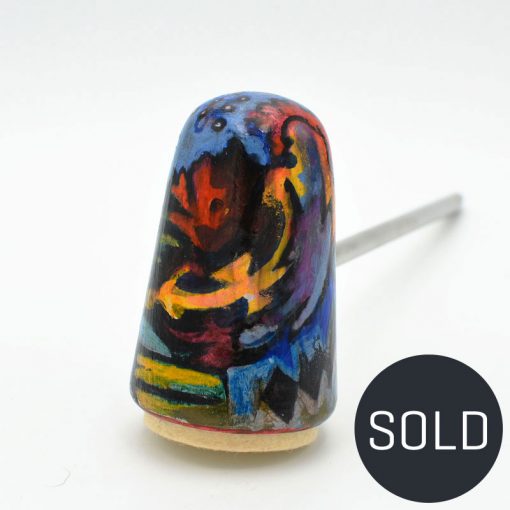 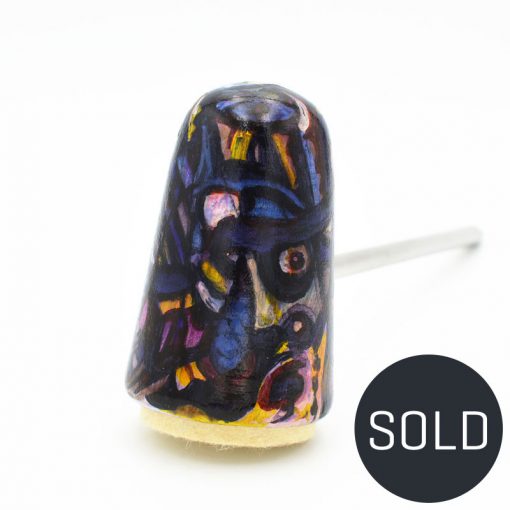 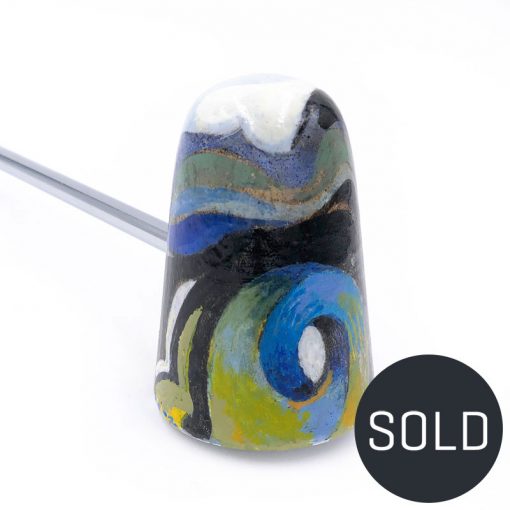 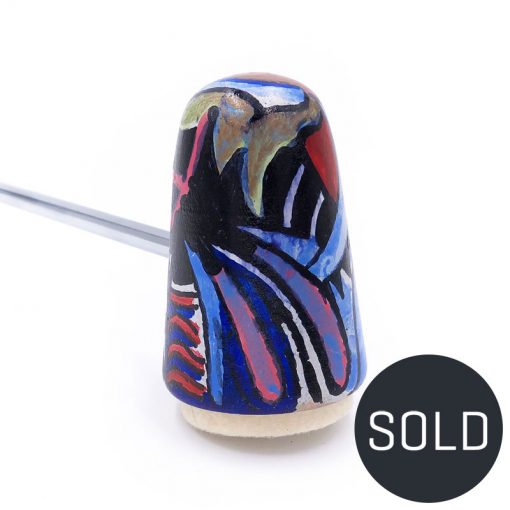 Legend. That’s the best word we can use to describe David Getz, the original drummer for Janis Joplin and Big Brother and the Holding Company. David is also an accomplished visual artist, and we couldn’t be happier that he combined his love of visual art and music while working on this pair of hand painted beaters.

Please note: Since we give artists the freedom to decorate their beaters however they want, the finishes on some artist series beaters may not be as durable as standard Low Boy beaters. Do not fear…they sound and feel the same as all of our wood beaters, but you may notice extra wear at the point the beater hits the head.

Longtime Marin, California resident David Getz is a musician who achieved rock and roll fame in the 1960s as the original drummer for Janis Joplin and Big Brother and the Holding Company, the multi-platinum group with whom he continues to perform and tour. David began to work as a professional drummer at the age of 15 in jazz and dance bands in his native New York. As a teenager he toured Europe with the traditional jazz group ‘Rick Lundy and the Saints’.

David is also a visual artist and earned the Master of Fine Arts degree at the San Francisco Art Institute, was a Fullbright Fellow and also earned a California Secondary Teaching credential at Sonoma State U.

Though most well known for his drumming with Big Brother and Janis he has performed, recorded and toured all over the world with numerous jazz and rock groups, including Country Joe and the Fish, It’s a Beautiful Day, Jose Neto, Bruce Langhorne, The Dinosaurs and many others.